The first time I set foot inside the Louvre Museum, I had already been living in Paris for three or four years. The guests I accompanied were astounded that I’d never bothered to visit the collections there, but I tend to spend most of my time exploring small galleries and museums.

Getting overwhelmed and suffering from waves of claustrophobia or even mild heat-induced panic simply aren’t an issue when visiting the quieter places, for one thing. What’s more, some of the finest collections are housed in small museums in Paris: ones that too often get overlooked, especially for lack of time.

Particularly if you’ve already visited the big-ticket museums and other attractions on a first trip to Paris, I would recommend spending some quality time exploring the following collections.

I’ve chosen them using purely subjective criteria: they’re simply beloved places that I’ve visited numerous times in most cases, and deserve (I think) a closer look. This list from Fodors and this one from Conde Nast Traveller are also quite useful, and include a number of other museums I don’t mention here.

For a peaceful moment of reprieve from the crazed metropolitan pace, there’s really no place like the Musée de l’Orangerie, in my book. The permanent collection houses Nymphéas (Water Lillies),  a sublime series of murals from master Impressionist Claude Monet.

Symbolizing the hope for world peace– Monet donated the paintings to the French state on the day after World War I ended in 1918– this masterpiece offers a unique opportunity for quiet meditation and reflection.

There’s something about the act of slowly walking around the galleries and taking in the details animating each panel that I find restorative, explaining why I return here again and again.

Read related: The Top 10 Sights & Attractions to Visit in Paris

It’s all the more poignant to note that one of the panels was damaged when the gallery was bombed toward the end of World War II in 1944, but the others were miraculously unscathed.

Fully renovated in 2006 to better reflect their original state and restore natural light in the room in accordance with the artist’s wishes, Nymphéas is enduringly haunting, and touching when you understand the context of human brutality that inspired it.

Meanwhile, the permanent Jean Walter and Paul Guillaume Collection is also worth an hour or two, and features works from the likes of Matisse, Modigliani, Picasso, Derain and Rodin.

Book skip-the-line tickets for the Orangerie online (via Tiqets.com) 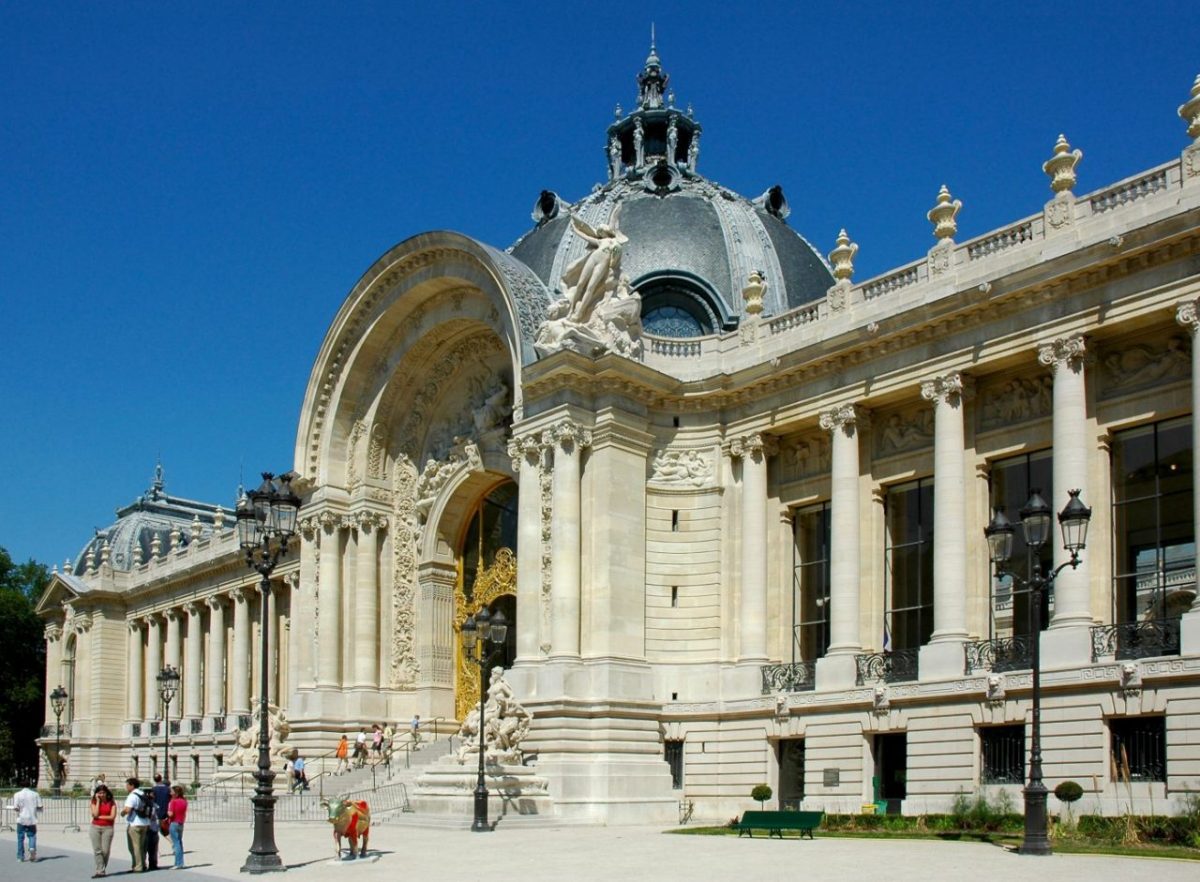 The Petit Palais houses one of the finest permanent collections of painting and sculpture in Paris- and it’s entirely free, too. Image credit: CC BY 2.5, Patrick Giraud

It truly mystifies me to know that so few tourists ever make it to the collections at the Petit Palais: the permanent ones are free, and offer a delightfully sweeping overview of reigning European artistic movements and masterpieces, stretching from the medieval and Renaissance period to the late 19th century.

Commissioned for the 1900 World Exhibition, the Belle-Epoque architecture of the facade is relatable to the more ostentatious example illustrated by the nearby Grand Palais (better known for its temporary exhibits and annual world art fair).

Related: Why the Centre Pompidou is so Much More Than a Modern Art Museum

The permanent collection is a joy to take in, with paintings, sculpture, and objets d’art from artists as diverse as Rembrandt and Jan Steen, Fragonard, Delacroix, Paul Cézanne, Courbot, Corot, Monet, Rodin, Sisley, Pissarro and many others.

There’s also a small but significant section dedicated to Roman and Greek art. Particularly for anyone on a tight budget, this is a fantastic way to see masterpieces traversing hundreds of years of art history– all the while avoiding the aforementioned crowds at the Louvre or the Musee d’Orsay.

Anyone who’s perused Paris Unlocked in any depth may recall that this museum is one of the places I most covet in the French capital; I certainly rave and ramble on about it on a predictable basis.

The National Medieval Museum is home to what I and many others consider to be one of the most intriguing and beautiful tapestries in existence: La Dame a la Licorne, drawn in Paris and woven in Flanders around 1500.

Read related: 5 Places That Bring You Back to Medieval Paris

The last panel, “A mon seul desir” (To my only desire) seems to point toward the moment when one transcends the earthly senses and achieves a kind of spiritual integration. Relatively forgotten prior to the 19th century, they gained a new foothold in the popular imagination when the French Romantic writers Prosper Merimée and George Sand referenced the tapestry in their writings.

The astounding masterpiece is, in my opinion, best appreciated in the morning, when crowds are thin and you can really spend adequate time taking in all of its fine details. Along with the aforementioned Water Lilies series from Monet, this is my favorite spot in the capital to come for a few minutes of contemplation and meditation.

Read related: Paris in the Winter (Some of My Favorite, Cozy Haunts)

The rest of the permanent collection is also quite interesting, especially if objects of medieval art and daily life inspire nerdy excitement in you

(Disclosure: I happen to be married to a medievalist scholar, so my interest earns me some extra kudos). From illuminated manuscripts to stained glass, clothing and shoes, statuary and antique furniture, the collections offers some fascinating insight into life in the Middle Ages.

Also fascinating are the Gallo-Roman foundations of the building: used in Antiquity as thermal baths, you can still see the “thermes” in the ground level of the museum, and outside on Boulevard St-Michel: these include levels where the tepidarium (tepid room) and caldarium (hot room with plunge baths) would have been. For anyone who likes to dabble in archaeology and Roman architecture, the old baths are an intriguing spectacle.

The Building and the Aromatic Garden

One of the finest examples of 15th-century medieval architecture in Paris, the Hotel de Cluny was once home to an order of local abbots associated with the nearby Sorbonne, then exclusively a religious college and seminary. Later, royal figures who inhabited the stunning residence include Mary Tudor, sister of King Henry VIII.

The late Gothic-style building is surrounded by a lush aromatic garden filled with medicinal herbs commonly used during the period; in spring and summer, it’s a lovely place to sprawl out, read and think. 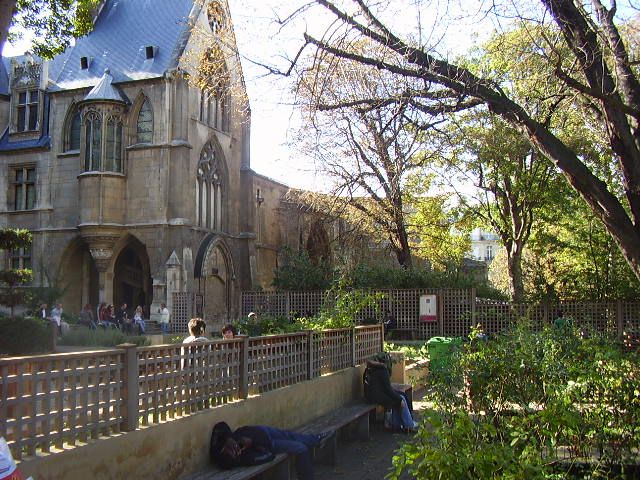 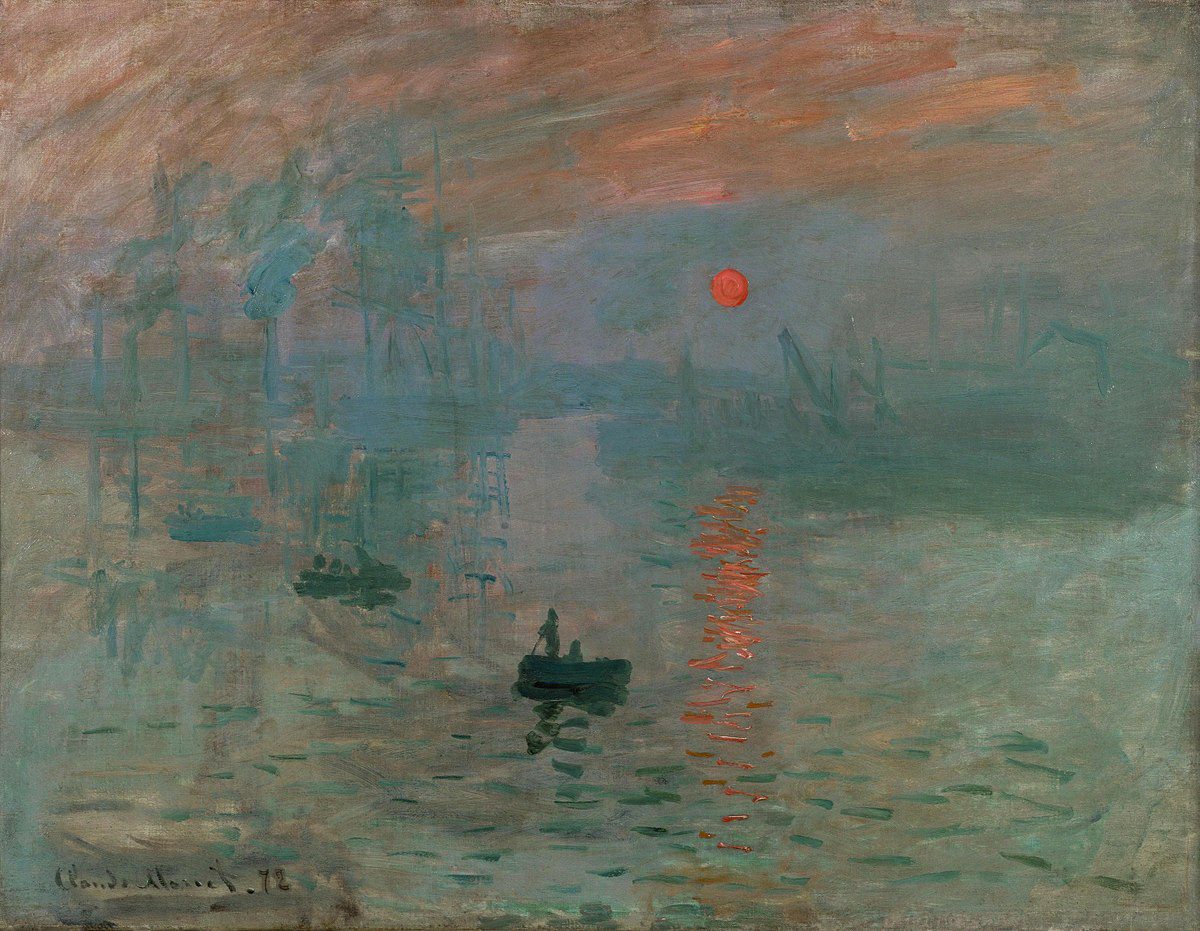 It may seem as if I’m giving too much attention to Monet in this short list of my favorite small collections– but while I’d like to be as judicious as possible, I’d be remiss if I didn’t include the lovely Musée Marmottan-Monet in the mix.

Nestled in a sleepy, posh corner of west Paris, the museum isn’t located in a part of the city that gets a lot of attention from most tourists. Yet it’s more than worth a slight detour.

The permanent collection includes 100 masterpieces from Monet, including “Impression, Sunrise” (pictured above); it also features a stunning selection of works of art that once belonged to the Impressionist’s personal collection, with works from Renoir, Sisley, Degas, Gaugin and many others.

The collection also spotlights the work of Berthe Morisot, a remarkable Impressionist painter who has too often been underappreciated as a female artist.

While the collection is mostly dedicated to Monet and his influences, the collection harbors a remarkable collection of illuminated manuscript pages dating from the 13th to the 16th centuries, as well as a number of masterpieces from the First Empire Period. The latter works originally belonged to the museum’s founder, Jules Marmottan.

5. Palais Galliera: Fashion Museum of the City of Paris 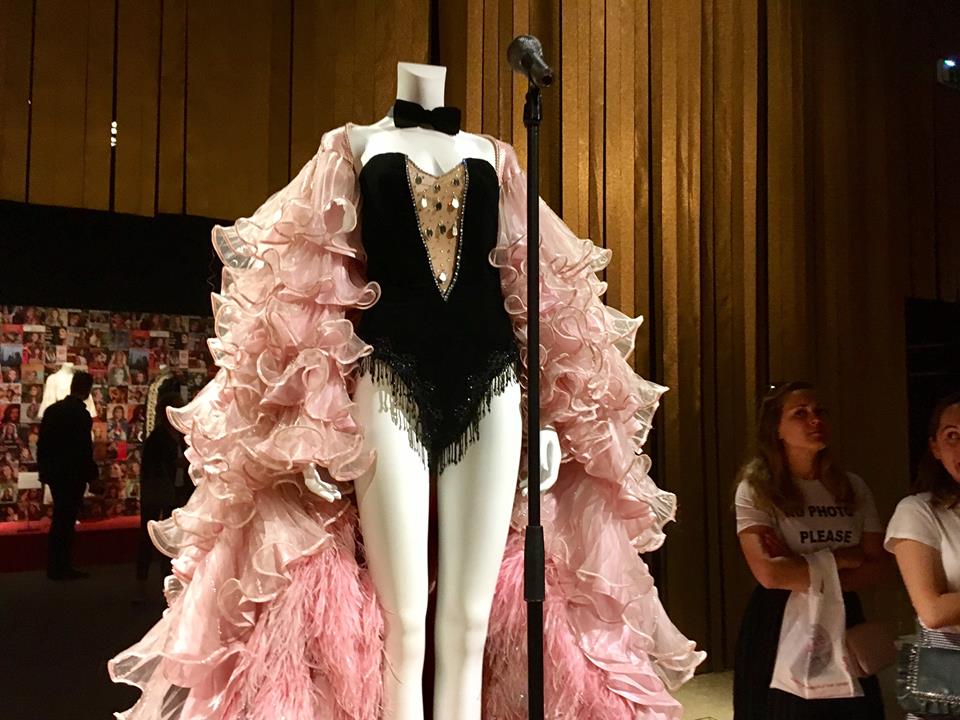 A costume displayed at the recent “Dalida” exhibit at the Palais Galliera in Paris. Image credit: Courtney Traub

For most of my life, I didn’t really consider fashion an art form in its own right. It took several years of imbibing Parisian culture and doing some reporting on style and fashion– not to mention watching Project Runway– to finally recognize that fashion designers contribute to both culture and history.

Visiting some of the fascinating exhibits at the lovely Palais Galleria also did the trick in converting this fashion-skeptic, too.

While the permanent collection is a true treasury of fashion artefacts- encompassing everything from 18th and 19th century dresses to the history of undergarments, contemporary accessories and fashion photography– it’s (sadly) not on display to the general public.

Instead, several temporary shows bring out and highlight different aspects or periods of fashion history, or focus on a designer or style icon.

A recent, wildly successful show on Franco-Italian-Egyptian musician and diva Dalida amply demonstrated the power of displaying a legendary figure’s clothes and costumes.

There’s something fascinating, if a bit eerie, about appreciating someone like Dalida through these deeply personal, physical items.

Other past shows included retrospectives on Balenciaga and a look at historical Spanish costumes. Make sure to book tickets well in advance as these shows are often quickly sold out. 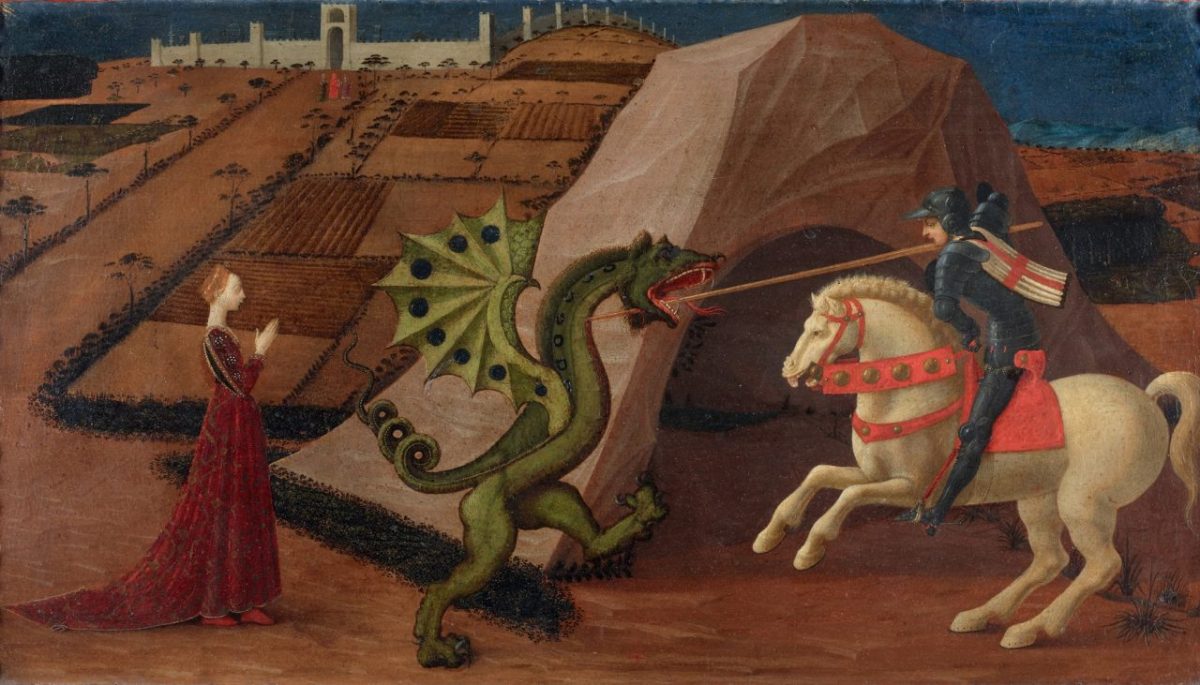 Another overlooked museum that harbors several masterpieces, the Jacquemart-Andre is located in close reach of the Champs-Elysées, and can offer a breather from the madding crowds that throng on the area.

Its eclectic collection includes masterpieces of Dutch painting (from the likes of Rembrandt and Van Dyck, stunning portraits from Elizabeth Vigée Le Brun and Jacques-Louis David, and even this stunning 15th-century painting depicting St George and the Dragon, widely considered to be one of the highest achievements in Italian art of the period.

In addition to the magnificent oeuvres that populate the museum, there’s also much to see in the estate of Edouard Andre, a collector who once resided here: from the opulent Picture Gallery to the Music Room, the State Apartments  are a fine exampe of French 18th-century architecture and interior design.

Book skip-the-line tickets to the Musée Jacquemart-André (via Tiqets.com)

When it comes to contemporary art, photography is probably my preferred medium. From Diane Arbus to Richard Avedon and Claude Cahun, many of the modern and contemporary artists I find to be the most compelling yield a camera to produce their haunting work.

Related: Inside the 104 Arts Center in Paris, a Hub for Contemporary Creation

The Maison Europeenne de la Photographie, nestled in a corner street of the Marais district, is a place I return to time and again to bask in the work of iconic and little-known lenses. Past exhibits have included retrospectives on Henry Callahan, Herb Ritts, Robert Delpire, and Eugenia Grandchamp des Raux.

Heading to Paris? Book skip the line tickets on multiple popular attractions, as well as engaging cultural tours (via Tiqets.com).

Need help getting there? If so, you can easily book rail tickets and discounted passes here (via RailEurope). You might also find good deals on flights to and from France via Skyscanner. 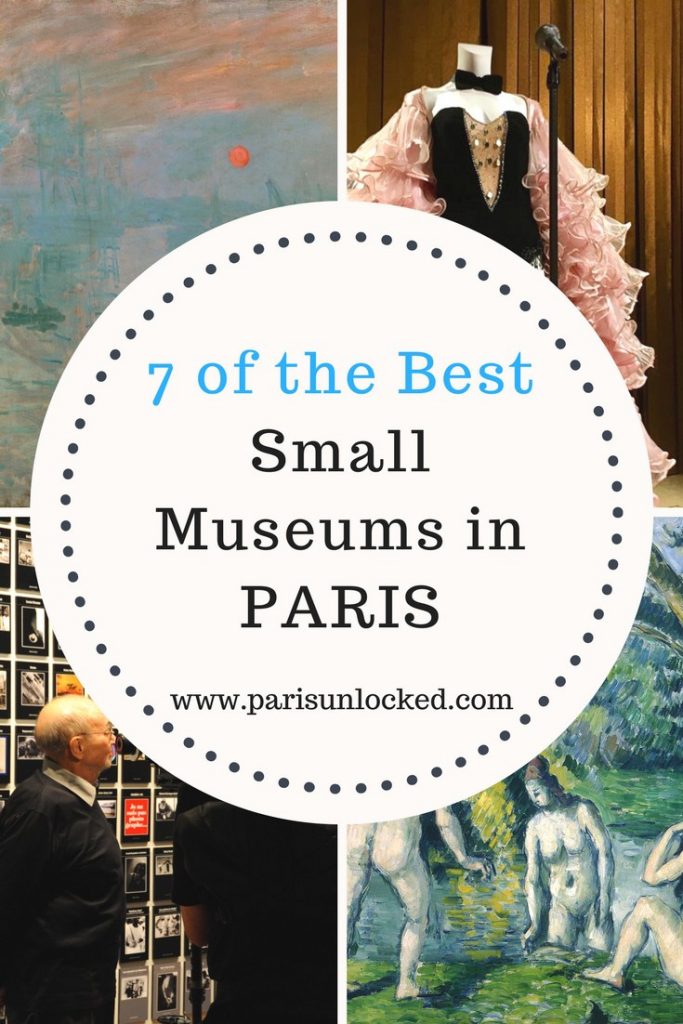