“Se vouloir libre, c’est aussi vouloir les autres libres” (“To want to be free is to also want others to be free”) –Simone de Beauvoir 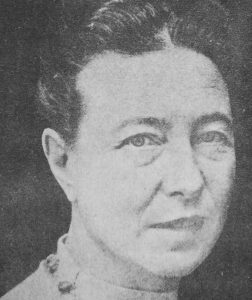 On Saturday, January 2019, millions of women around the globe– from Washington D.C. to  Los Angeles and New York, London, New Zealand and Australia– are once again marching in solidarity for a number of causes, not least equal rights, pay, and protections under the law.

They’re also coming together as diverse groups to support the right for women to maintain control over their own bodies and destinies.

The Women’s Marches were initiated in 2017, just a day after the inauguration of a new American President who’s bragged about sexual assault and shown little commitment to protecting or advancing gender equality.

They’re a loud, rousing rebuke of what many have identified as a sexist and misogynist backlash in American politics and culture during the last election cycle; and they’re intended to send the message that women aren’t backing down.

But the protests also (wilfully) represented something larger than mere partisanship. Echoing de Beauvoir’s quote above, the original Women’s Marches were organized with the understanding that “women’s rights are human rights“:

“The rhetoric of the past election cycle has insulted, demonized, and threatened many of us – immigrants of all statuses, Muslims and those of diverse religious faiths, people who identify as LGBTQIA, Native people, Black and Brown people, people with disabilities, survivors of sexual assault – and our communities are hurting and scared. We are confronted with the question of how to move forward in the face of national and international concern and fear.

In the spirit of democracy and honoring the champions of human rights, dignity, and justice who have come before us, we join in diversity to show our presence in numbers too great to ignore.

The Women’s March on Washington will send a bold message to our new government on their first day in office, and to the world that women’s rights are human rights. We stand together, recognizing that defending the most marginalized among us is defending all of us.”

It seems fitting today, then, to pay tribute to how Simone de Beauvoir blazed some pretty major trails for what has come to be known as “intersectional” social justice.

And it only begins with her assertion that to be free, you really need to work for everyone’s freedom.

The existentialist philosopher most famous for declaring that “One isn’t born a woman; one becomes one” in her lengthy, hugely influential treatise on women’s rights, The Second Sex  (1949) is largely credited for giving modern-day feminism one of its key ideas: that “womanhood” is at heart mostly a series of social constructs.

For women to liberate themselves, de Beauvoir argued, they need to recognize the ways in which they “perform” norms of femininity on a daily basis, and refuse to continue conforming to ones that only serve to oppress and limit them. Civil disobedience, au feminin, if you will.

Less prominent in our memories, though, is the native Parisienne’s political activism in favor of a variety of groups she saw as suffering from oppression during her lifetime.

In the late 1950s and early 1960s, during the height of the Algerian War, she advocated against the torture and rape of Algerian fighters, penning an impassioned treatise, “In Defense of Djamila Boupacha“, which sought justice and clemency for a young Algerian woman who had been tortured, raped, and sentenced to death for plotting to plant a bomb (she never did). Boupacha was eventually released, thanks in part to de Beauvoir’s efforts.

And later in life, in 1970, the Parisian writer published The Coming of Age, a little-remembered book on the injustices and oppressions suffered by elderly people.

Here’s a fascinating interview she gave at the time about why she thought the topic was so important. Her advocacy likely helped usher in greater awareness about the unique sorts of injustice experienced by the elderly.

As millions march to the tune of “women’s rights are human rights”, it’s rarely been a more apt moment to remember the important work, and priceless legacy, of this Parisian thinker.