The first thing I’ll say about Le Bouillon Belge is that it isn’t remotely close to any place in Paris where most tourists care to set foot.

Situated on a sleepy and rather nondescript street in a far corner of the 20th arrondissement, this simple Belgian-themed bar and restaurant lacks the hipster sheen and carefully studied retro of many of the new craft breweries and beer bars in the capital. Its cool, rather, arises from the fact that it seems throwback in a genuine rather than a posturing way.

It has the sort of rough-and-tumble charm of simple beer joints of yore– before they were places you wanted to be seen. In fact, it’s the sort of endearingly grungy sort of place you might retreat to with a notebook, or a confidante, after a particularly trying day. An ideal place to think, write, chat, and drink, in other words.

With its inexpensive and excellent drinks, tasty snacks, used kegs and benches serving as seating, peeling paint and no-nonsense yet friendly service, “Bouillon B” (the nickname used on the bar and restaurant’s official Facebook page) is now one of my preferred places to sip a decent Belgian beer, while escaping the insufferable crowds at hipper bars in Belleville, Oberkampf or Jaures.

It also happens to doubly function as a restaurant serving dishes not only native to Belgium, but also to the Philippines– a choice that owner Daniel Pommier tells me was inspired by a trip there that sparked a personal passion for Filipino gastronomy.

An Excellent Selection of Belgian Beers

My love for Belgian beers is essentially the handiwork of my savvy spouse, who hails from Brussels and once took me on a tasting tour there to initiate me to some of the better– and more unusual– national brews.

While I admittedly love a good Lindemans or Mort Subite Cherry Kriek– an intensely tart, refreshing variety which tends to please even uninitiated palates, I’ve also come around to enjoying more challenging brews.

These include gueuze, a citrus-inflected, double-fermented lambic that wasn’t something I immediately took to. It’s a hard-earned acquired taste, let’s say. I’ve come to appreciate the subtle interplay between deep caramel notes, malt and bitter hops in higher-alcohol varieties such as Tripel Karmeliet.

I also enjoy the theatrics of Kwak, a fruity, creamy amber ale traditionally served in an odd, rounded-bottom glass that resembles a test tube or hourglass– all held up by a specially designed wooden stand. 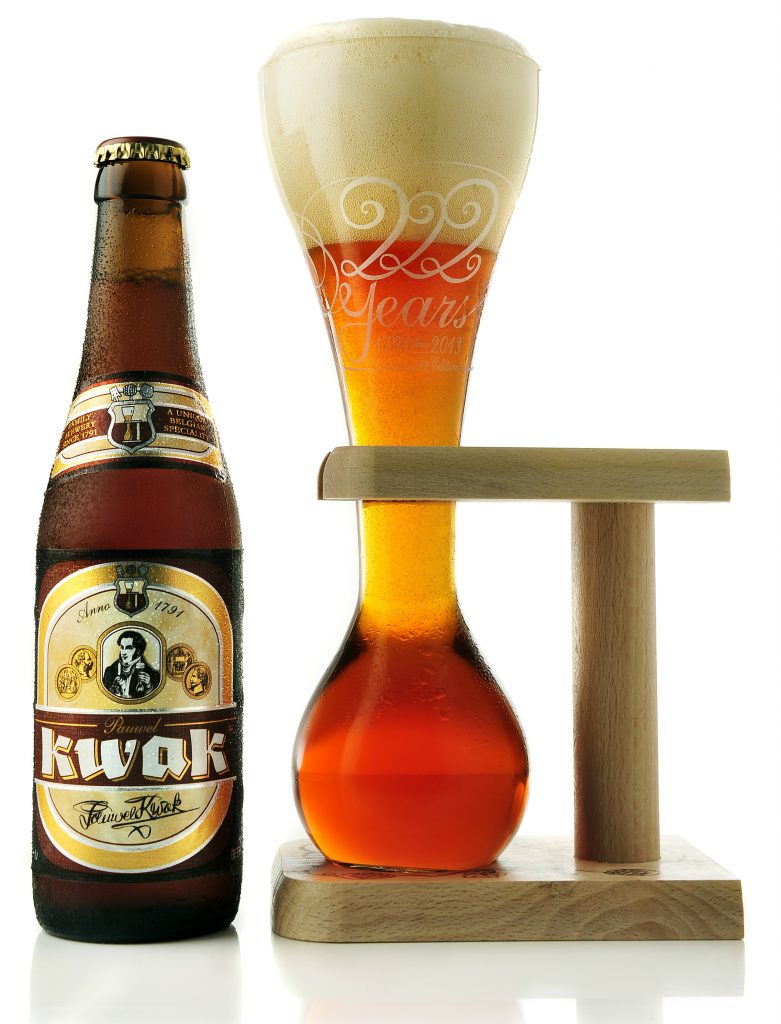 I do urge you to be careful with this one, though. I once shattered one of these at a bar in Brussels, after I momentarily forgot that the glass didn’t have a bottom capable of standing on the table.

But I digress as I count the odd virtues of these complex, almost wine-like beers. Le Bouillon Belge may not boast the dizzying selection of Brussels-based bars such as Delirium, but hey, this is Paris, after all– and their selection remains excellent.

Choose from among 100 bottled beers, including a delicious Gueuze from the Belgian brewer Boon. As mentioned earlier, I’m also partial to Lindemans’ fruity varieties, from cherry to raspberry and cassis (shown below).

If you’re on a budget, I suggest chiefly sticking with the bar’s 16 beers on tap, especially during regularly held happy hours. You’re certainly spoiled for choice, here: from Chimay Triple 8 to Petrus (blonde, amber, or red fruit), Barbar Blonde or Brune, Filou, Palm Cornet and Lupulus, it would take you a few visits (hopefully?) to taste them all.

We didn’t end up eating dinner on the night we visited Le Bouillon, but we did indulge in a plate of divinely crispy, hot, made-to-order fries that agreed perfectly with the beers, if not with our waistlines.

To add even more calories, you can order some smothered with melted cheddar. The place is resolutely casual: Food orders are made at the bar; you’re given a pager-like object that buzzes disconcertingly when your order is ready to pick up.

The food menu also features burgers (including one with blue cheese and a vegetarian burger), charcuterie and cheese plates, as well as a rather elaborate selection of traditional Filipino specialities.

These include pork belly stuffed with various aromatic herbs, chicken with garlic, noodle and rice dishes. Pommier explains how he came to compose this quirky, fusional menu: “After I made several trips to the Philippines, a question kept coming up from customers at the counter– ‘What do people eat [there]?’ And it’s a difficult question to answer.

The culinary tradition is informed by a mixture of [Asian and Spanish colonial influences]. I thought that offering some of these traditional recipes myself would be the best way to answer their question.”

Unfortunately I can’t speak to the quality or authenticity of the Filipino specialties just yet, but the concept seems intriguing, and reviews on Facebook and elsewhere are generally positive.

In short, if you’re willing to spend an evening in a decidedly un-hip corner of the capital to sample some excellent Belgian beers and tasty, eclectic food, Le Bouillon is a good choice.

Getting There & Practical Details